The Name and Our Past: 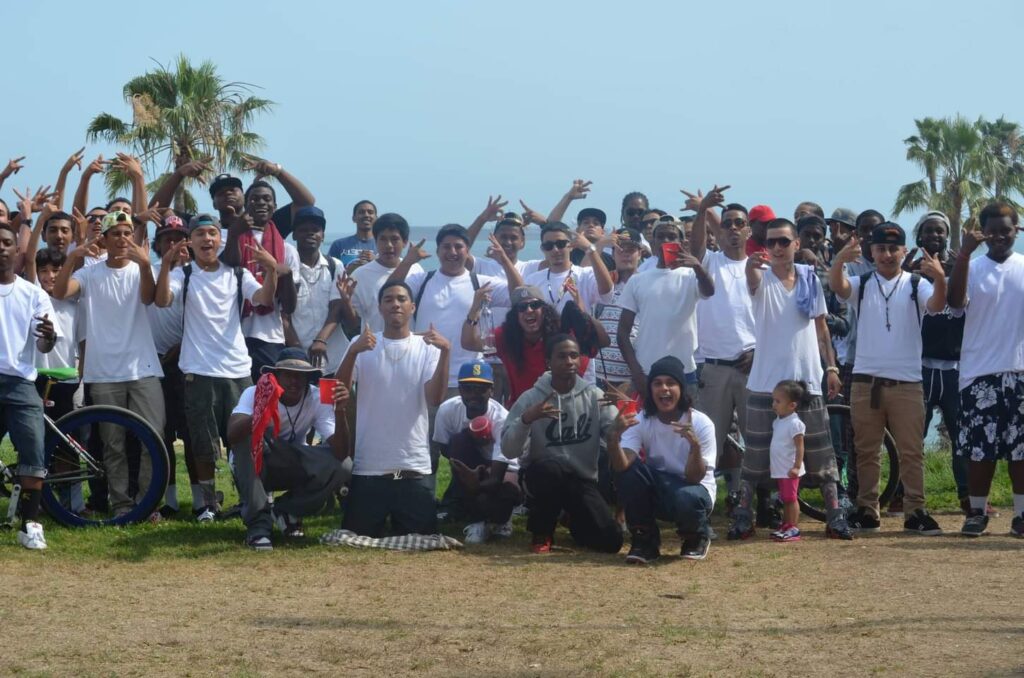 In 2012, Black and Brown Youth in the city of Long Beach, CA came together and formed what was then called Oceanz, a group that was focused on bringing teenagers of all races together, shifting the paradigm on school and home responsibilities from negative to positive,  while also having a good time and learning from each others culture. This in effect challenged the status quo of local street gangs and the urban community that had never seen anything like this before.  Soon Oceanz had to defend their right to be together as friends and family which quickly led them in the direction of gang intervention and solving internal issues within their own communities when so many others were dealing with external ones. Through charitable action and events like the “White Tee BBQs”, it didn’t take long for this group of teenagers to gain respect from the greater community of all backgrounds including the gangs themselves that also attended events and finally supported the idea of race relations and stopping gang violence. Over the years the group spread apart going down different life paths; starting businesses, furthering their education, and raising families, while others continued to work within the community leading the way for social justice and equity building with low income residents within Long Beach. It was always a dream for these young men and women to become a real organized non-profit when they came of age, and now 8 years later with the economic and social upheaval we see today within our city, it was decided it was time to do exactly that. As of July 3rd 2020, Oceanz is now incorporated as O.C.E.A.N, “One Current Ebbing All Nations”. This essentially means bringing everyone together no matter what race, color, creed, sex, gender, religion, age or national origin. We plan to keep the spirit we started with all those years ago. Fearlessness in the face of challenges and creative responses to issues within the city of Long Beach, California.

The Present and Our Future:

Today our mission statement is to provide creative and safe spaces for youth, artists, and entrepreneurs where they can gain skill, trade, and income within the city of Long Beach, CA. Our focus is to help these three groups strive and give them access to means of production and opportunities so they can then use what they have learned and earned to shape the culture of Long Beach beyond what we see today. This includes helping the disenfranchised start their own businesses and organizations creating a more resident owned city to combat the process of gentrification we see in our daily lives.

One Current Ebbing All Nations

Scroll back to top